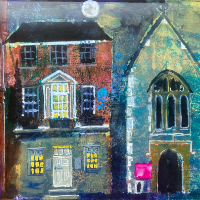 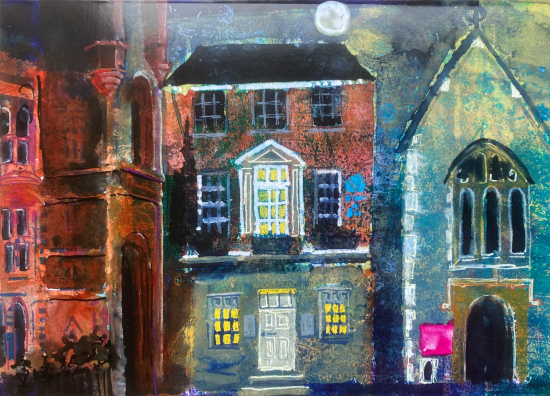 At the start of Friar Street there is a special corner. Side by side sit the Victorian Town Hall, the modern offices of the solicitors, Blandy and Blandy and the 12th Century church of St Laurence.

The offices of Blandy and Blandy, one of the oldest solicitors in the country, is a building designed after the second world war, following a bomb attack on Reading on 10 February 1943. The bomb killed 41 people and injured 150 others. The devastation could have been a lot worse had it not been for the fact it was half-day closing and many shops were empty. Many of those killed had been inThe People’s Pantry, a restaurant just opposite the Town Hall.

Image Size: A4
Art Medium: Mixed Media
Not For Sale

The page you requested could not be found. Try refining your search, or use the navigation above to locate the post. 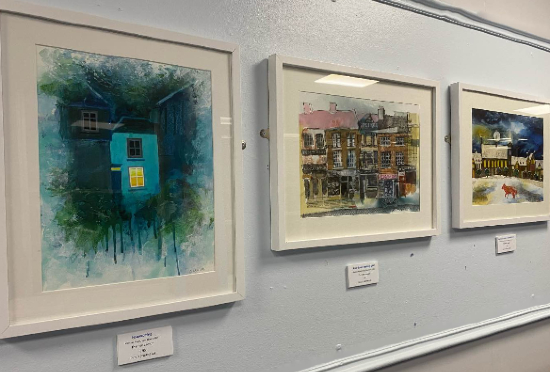