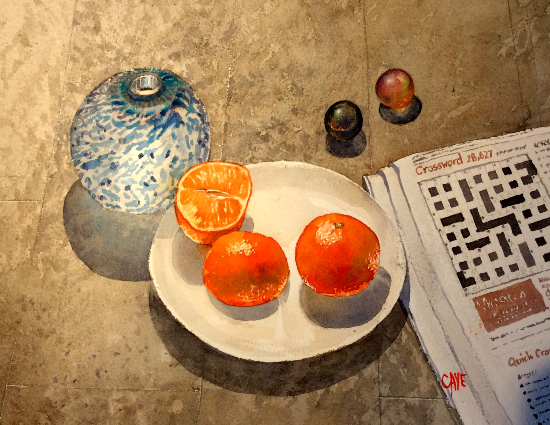 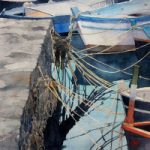 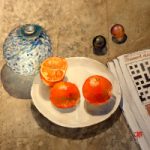 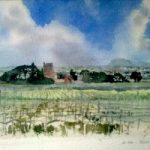 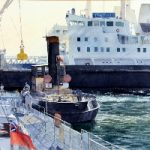 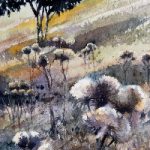 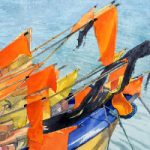 I have been painting watercolours seriously for over 30 years, initially as a facility to illustrate my own work as an Architect which developed into providing that service for others. An interest in the built environment, landscape and setting focussed interest of early paintings on buildings in landscape and townscape, inevitably leading me to a traditional taste in subject matter. Although such subjects from real life are still an inspiration, my work over the last ten years has been orientated toward effects of light and the development of a technique which captures this.

Subject matter is often the depiction of life ‘en plein aire’, instigated by the quality of light and form. To capture the moment, watercolour is the ideal medium and my approach has been traditional, even to the extent of not using white body colour (this is a personal preference, because of the ‘alien’ effect of body colour in a transparent medium rather than a criticism of those who use it). I also try to avoid the use of masque but this is mainly because the essence of ‘plein aire’ is usually a fleeting quality of light which does not allow the time necessary for the use of masking mediums.

Studio paintings are different, but even in in these circumstances I prefer to preserve white surfaces while painting or to lift colour in the process. I also tend to use natural earth colours as much as possible; this is partly because they best suit my normal subject matter but also because, unlike a staining colour, they can be lifted when dry to create ‘whites’. I also tend to use a heavy, rough watercolour paper as my support, which lends itself to techniques for manipulating colour including scratching to produce highlights.

One cannot practise watercolour painting and be unaware of the many great practitioners of the art, both alive and dead. One can admire some, such as John Yardley whilst recognising his approach would be impossible for me, whereas examples from John Blockley, Trevor Chamberlain, Lucy Willis and even Russel Flint and Rowland Hilder have all contributed to my own technique. 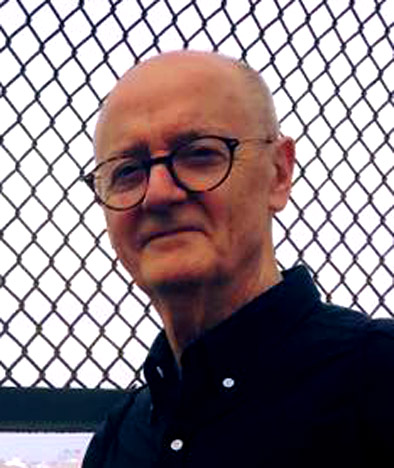 I have occasionally submitted works to national exhibitions and have had works accepted on several occasions by the Royal Society of Marine Artists. This is valuable as a means of getting work seen by a wider audience, but the high percentage of sale taken by the gallery does not make this financially advantageous. I therefore prefer to exhibit where my work can be presented for what I consider to be a fair price, without the need to overprice to meet the gallery commission. I also provide watercolour tuition to local groups and occasional commissions.